Over the past seven years, Alpine Painting has become the Somerset Patriots sole painter for rehabilitation of their entire Bridgewater Stadium, currently called TD Bank Park. This large minor league baseball stadium opened its doors in 1999 and boasts 6,100 fixed seats, as well as lawn seating, hospitality suites and the Diamond Club. TD Bank Park is the home of the Somerset Patriots during baseball season but is also a popular venue for concerts, circuses, and was even the host of the 2008 major league all-start game. Over the past 2 decades, the facility has begun to deteriorate and Alpine has been contracted on multiple occasions over the past decade to repair the facility. At some point throughout our history with this client, Alpine has painted almost every surface within the entire facility, from their corporate offices, their lockers rooms, down to the structural steel overhangs. Beginning in 2013, Alpine began the largest phases of these restorations including: ticket offices, overhand decking and supports, street entrances, main concourse flooring including concession areas, stair cases, Suite Level Mezzanine and many other areas. The owners have been ecstatic with the work provided by Alpine and plan to continue more work throughout the next few years.

Each year, the Somerset Patriots come to Alpine with a list of items they want completed and we work together to develop a plan of how we can complete the work. While this sounds simple in most cases, this is a very unique case since the Patriots begin spring training around April 13th each year and 90% of the work is normally outdoors; and conditions in the early spring are far from ideal for painting. This posed a problem because we had to be ready to jump on good weather days at an instant to ensure we were able to complete each project phase. This means that each year, Alpine is left with 1 month to mobilize, complete laundry lists of items, clean-up and demobilize for the opening of the park. This has proven to be a unique challenge, but it’s one that Alpine has successfully managed to do each and every year, while still maintaining the high quality of work we promise to the owners before each project began. To accomplish this, we have sent our full workforce, working day and night to complete large parts of this project, so much so that almost every one of our painters has personally painted a surface within this facility in the past 2 years.

For the 2013 through 2015 phases of this project, the Patriots invested in large restorations of their facility. In 2013, Alpine slurry blasted all their garbage cans and benches and recoated them using a very specific color that had to be matched perfectly. The client made it very clear that the color could not alter what-so-ever, so this became a main priority throughout the project. In addition to the garbage cans and benches in the stadium, we were contracted to repaint their press room, announcement platform and all 24 doors and frame son the mezzanine deck. We also completed work on the entire ticket office and lobby area. In 2014, we painted the upper suit areas, including all their support beams and columns, the party deck area as well as the field level dugouts and all the facility stairwells. The most recent undertaking was also one of the largest, when we were contracted to repaint all overhead corrugated, decking, the steel support structures, the front entrance overhangs, and we also repainted the “baseball floor” so it could be converted to a Budweiser lounge. This phase of the project took an immense amount of man power because of a shortened schedule and the complexity of the structure itself.

While this may not be a typical project scope, this client has been a dedicated client over the course of a decade that has allowed Alpine to rehabilitate almost every section of their facility. From the complexity of their structural supports down to their garbage cans and benches, the Patriots have laid their trust in Alpine for the past decade and continues to push forward in the future.

In comparison to regular project Alpine undertakes, this project was fairly simple and straight forward in terms of safety. Workers were required to follow all standard rules involving PPE and other standard procedures. Workers were using large articulating booms and were required to wear hard hats and harnesses at all times while working in or near the boom. Alpine’s standard safety procedures include periodic inspections of the work area by project managers and/or safety managers. Overall, there were no injuries or illness on this project

Our diligent and hardworking craftsman

Get Started
More Testimonials >
“We appreciate your effort and flexibility throughout this project, as well as the high quality final product you have given the borough for years to come....”
Kristen Boswell Hayes, Civil Engineer
Boswell Engineering

“I contacted a few companies about painting a graffiti covered wall and a rusted steel I beam on our property. Dealing with Dave S and Alpine painting was great.  Very professional from start to finish..  The job they did was gr...”
Mike Moreland
AirPark Newark

“Whether it’s a large project such as painting a penstock, or something more modest such as painting crane hooks, the Alpine Team treats all projects with great care....”
Ron Kovach, Senior Engineer
First Energy

“I as a building superintendent have many opportunities to meet with contractors and Dave Scaturro was a great help. And a man of his word. Well done....”
Ken Jones, Building Superintendent
Zion Evangelical Lutheran Church 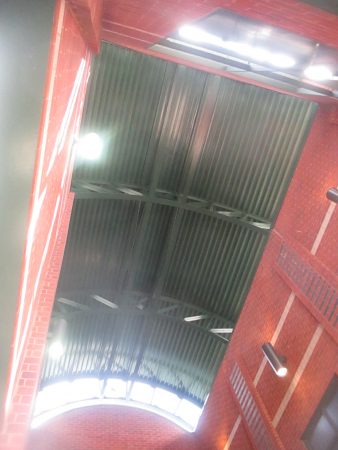